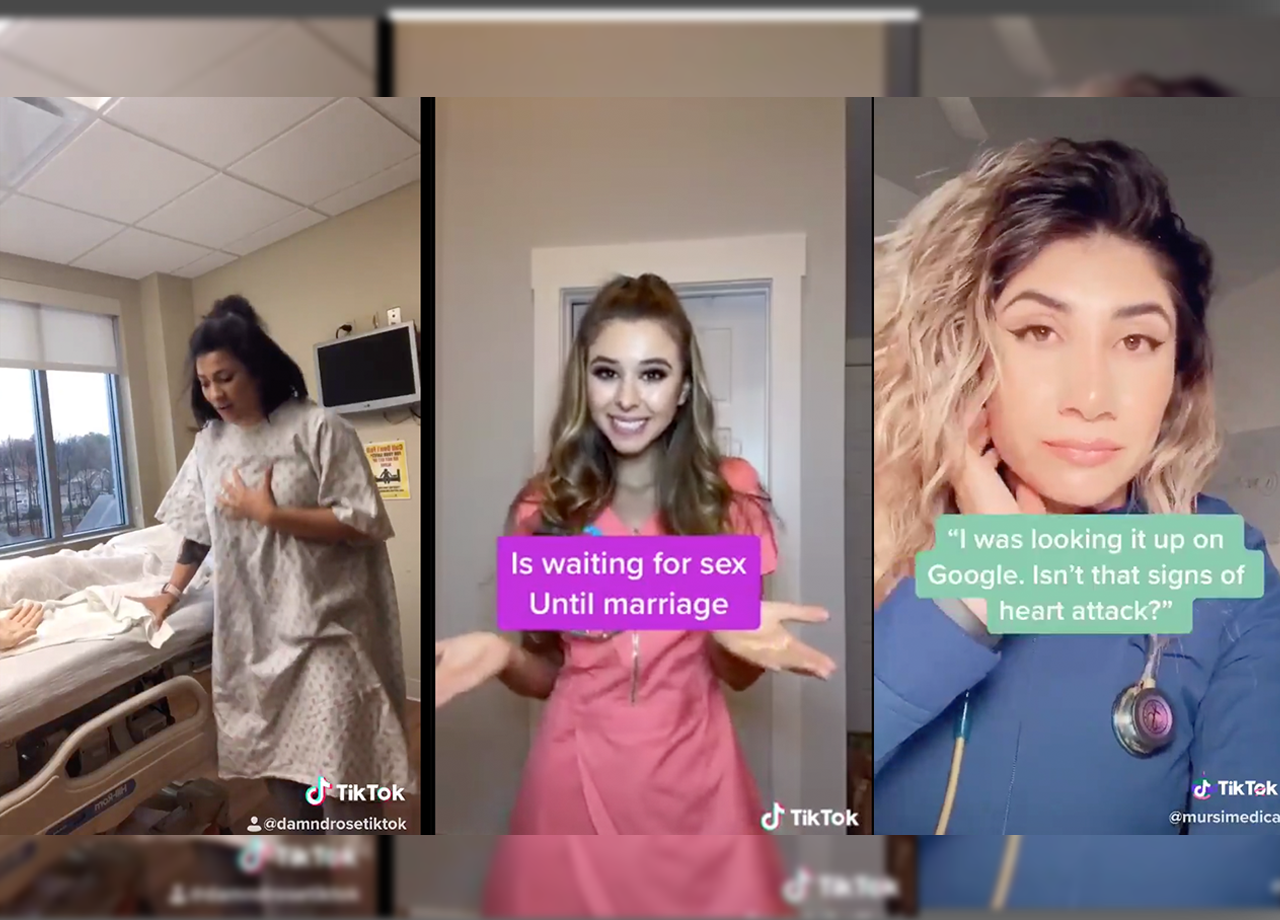 TikTok– with its quirky and funny short videos, dance moves and miming – is becoming very popular  – especially with the younger set. We’re also seeing a growing trend of health professionals taking to the medium with health-care themed messages.

Unfortunately, some nurses have recently sparked considerable outrage with their TikTok videos. This emphasizes that health care providers should always use social media thoughtfully and professionally.

A video by Holly Grace, a singer and full-time nurse who has over 1.7 million followers on TikTok, went viral last month for all the wrong reasons. The clip proclaimed that abstinence until marriage was the best way to prevent STIs.

The criticism against this post was twofold. Firstly, it showed prejudice against sexually active patients who were not married. Secondly, health care providers commented that she should have given more complete information on the prevention of STIs, for example, the use of condoms for protection.

Many of Nurse Holly’s messages have a Christian theme, which some feel is not acceptable in the healthcare space where caregivers should be impartial. She explained in an interview that many of her followers were young girls.

“I understand that my voice will not be accepted by many as it’s an unpopular view, this video was simply created with the intention of helping little girls see that saving sex for one partner may have certain benefits,” she said. “I do truly apologize for any offense that was taken as I only wish to promote positivity and healthy lifestyles.” She has since taken down the video.

D Rose’s post sparked extreme outrage. Playing both roles, with a caption that reads “We know when y’all are faking”, she shows a patient having an extreme dry coughing fit and then a nurse mimicking the cough – after which the patient promptly stops coughing and looks on with shock at the nurse.

Then there was another video by @murscimedical, a medical student, where she displays rolling eyes and disbelieving facial expressions, accompanied by a thought bubble reading “opioid” when a 24-year old patient describes symptoms and says that according to Google she was having a heart attack.

For the public, these posts triggered recollections – some of them quite disturbing – of how health professionals had disbelieved or minimized symptoms, discharged the patients, only for them to later be diagnosed with a serious condition or even die.

It became clear that misdiagnoses were more likely to occur when a patient’s symptoms didn’t fit into stereotypes for their age group, or when they belonged to a marginalized group. People felt that health professionals were judgmental.

Health care professionals also stood up and pointed out that mocking patients on a public platform was unprofessional and increased the public’s distrust in health care. And that this was why patients would often fail to seek medical attention – especially if it potentially cost them hundreds of dollars.

These videos have sparked considerable discussion about the presence of health care professionals on social media. Some feel that they don’t belong there at all. Others, however, believe that educated professionals have a role in counteracting all the fake health information out there.

“Social media is absolutely an important space for medical professionals to be having conversations around things like public education, trying to combat some of the misinformation and pseudoscience that’s just running rampant on all these different platforms,” said Sarah Mojarad, a lecturer at the University of Southern California and science communications expert.

While some posts by nurses have gone viral for the wrong reasons there are many great videos by nurses on TikTok where they give great health advice in a humorous way, talk about their jobs, show that they are ordinary people, and inspire those thinking of taking up nursing as a profession.

As with everything in life, one won’t always get it right. Dr. Mike, a family physician with a popular YouTube Channel gave five rules that can help to eliminate pitfalls.