More
Home Nursing News Listen: ‘I am a Nurse’ A Song For the World’s Nurses 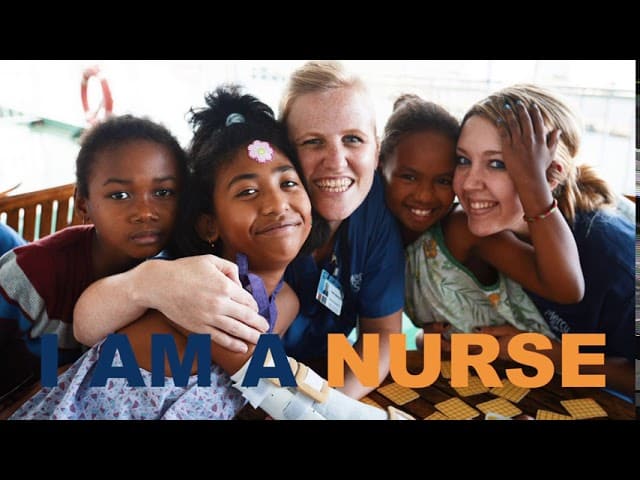 The song and video, “I am a Nurse,” performed by nurses from across the world, was released by the International Council of Nurses on July 22. The aim is to honor nursing’s immense contribution to the health of the world, particularly at this time. The ICN is hoping that nurses everywhere will adopt the song as an anthem to celebrate their profession.

“I am a Nurse” reflects the realities of nursing

The song’s lyrics describe the harsh challenges faced by nurses, but also the joys of this rewarding career. The lyrics touch on what nurses do, “I have helped you back from the brink of death. And I’ve watched you fade and die.” They also describe the realities of what nurses often go through, “I am tired, and I am frantic. It can be a thankless task. But I’ll keep on being there for you.”

The lyrics conclude with the words, “The most rewarding job on earth” before the refrain of “I am a nurse” is repeated strongly and boldly by all the voices.

“I am a nurse is something that all nurses say with great pride, and it is now something they can sing with immense dignity and joy. I hope nurses will take this song to their hearts and sing it in their own languages right around the planet,” said Annette Kennedy, President of the ICN. “It is a glorious tribute to nurses wherever they are: I hope they will sing it loud and sing it proud – ‘I am a Nurse.’”

Furthermore, Kennedy believed that whenever nurses sing this song it will also remind anyone who has ever been cared for by a nurse what the world owes to nurses everywhere.

Song performed by nurses for nurses

Nurses from across the world sing the various lines of the song, which they recorded themselves on their smartphones during the COVID-19 pandemic. The song was written by Colin Parish, who is a staff writer and editor at the ICN and also a trained nurse. His nephew, Daniel Parish, played the instruments, sang backing vocals, and was responsible for producing the final track.

Also featured in the video is the Tongan Nurses Choir, from the small Southern Pacific country of Tonga, which comprises of more than 170 islands in the South Pacific. This choir had performed for Dr. Tedros Ghebreyesus, Director-General of the WHO, when he visited Tonga last year. The singing nurses were then invited to perform at this year’s 73rd World Health Assembly – a meeting which was sadly one of the many canceled due to the COVID-19 travel restrictions.

“I am a Nurse” can be downloaded from any of the usual music websites, including Spotify, iTunes, and Google Play. Any profits from sales will go to the Florence Nightingale International Foundation, which supports nursing education, research, and public upliftment projects.