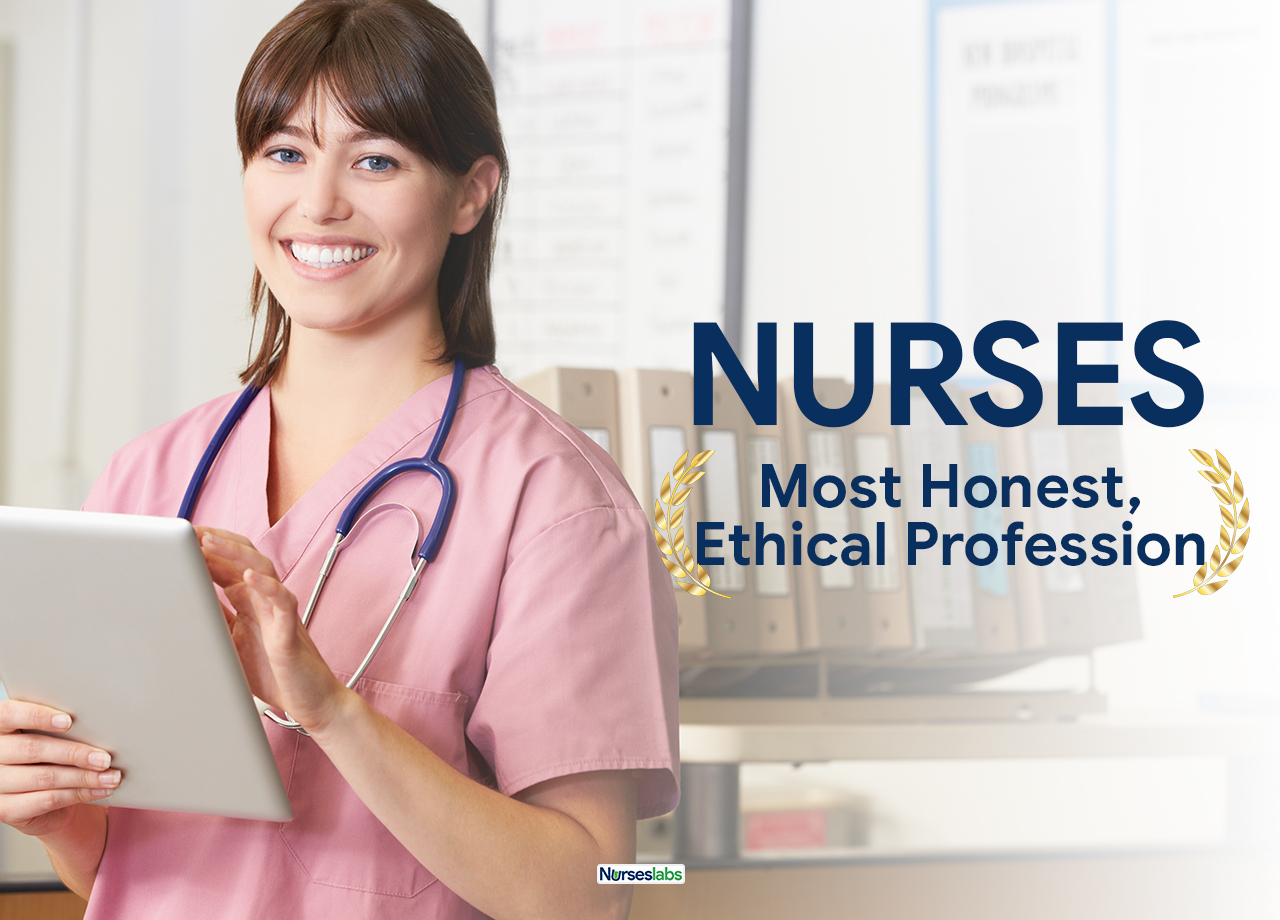 The nursing profession came out on top for the 18th time in the annual Gallup poll in which the American public is asked to rate the honesty and ethics of various professions. This year, the list included 22 different professions.

Nursing compared to other professions

The poll is conducted by interviewing a random sample of adults from all US states over the telephone. The sample matches the demographics of the country in terms of gender, age, race, education, region, and population density.

After nurses, engineers received the next highest rating at 66% of the US public valued their honesty and ethics as high or very high.

The health care professions are generally held in high esteem with at least six out of ten US adults rating the honesty and ethics of medical doctors (65%), pharmacists (64%) and dentists (61%) as “high” or very high.

Car salespeople were the least trusted profession, receiving a high or very high rating from only 9% of the respondents. Members of Congress fared only slightly better at 12%.

Overall, the rating of nurses’ honesty and ethics was:

There were slight differences in the age groups. Those in the 55+ age group were more likely to hold nurses in high esteem with 36% in this group rating them very high, compared to 26% in the 35-54 age group and 30% of those aged 18-34. None of the older respondents gave nurses a very low rating while a small number in each of the other age groups did.

An interesting exercise would be to reflect on the reasons for the demographic differences in the ratings. Are they related to the extent to which particular groups have been exposed to nursing care? Do they point to areas that we can improve on? For example, could the differences among race groups be a reflection of the level of service delivery to minority groups in the US? Are we giving enough attention to providing culturally sensitive care?

The public’s ongoing high level of trust in the integrity of nurses is good news at the start of 2020 the Year of the Nurse and Midwife.

It means that the profession is likely to continue getting strong support from ordinary citizens in this year-long campaign to highlight nurses’ contributions, the challenging conditions which they often face, and the need for greater investment by governments in the nursing and midwifery workforce.