People are responsive creatures; hold freshly baked bread before us, and our mouths water; a sudden clap of thunder makes us jump; these “irritants” and many others are the stimuli that continually greet us and are interpreted by our nervous system; the four “traditional” senses—smell, taste, sight, and hearing- are called special senses.

The functions of the five special senses include:

The Eye and Vision

Vision is the sense that has been studied most; of all the sensory receptors in the body 70% are in the eyes.

Anatomy of the Eye

Vision is the sense that requires the most “learning”, and the eye appears to delight in being fooled; the old expression “You see what you expect to see” is often very true.

The accessory structures of the eye include the extrinsic eye muscles, eyelids, conjunctiva, and lacrimal apparatus.

The eye itself, commonly called the eyeball, is a hollow sphere; its wall is composed of three layers, and its interior is filled with fluids called humors that help to maintain its shape.

Layers Forming the Wall of the Eyeball

Now that we have covered the general anatomy of the eyeball, we are ready to get specific. 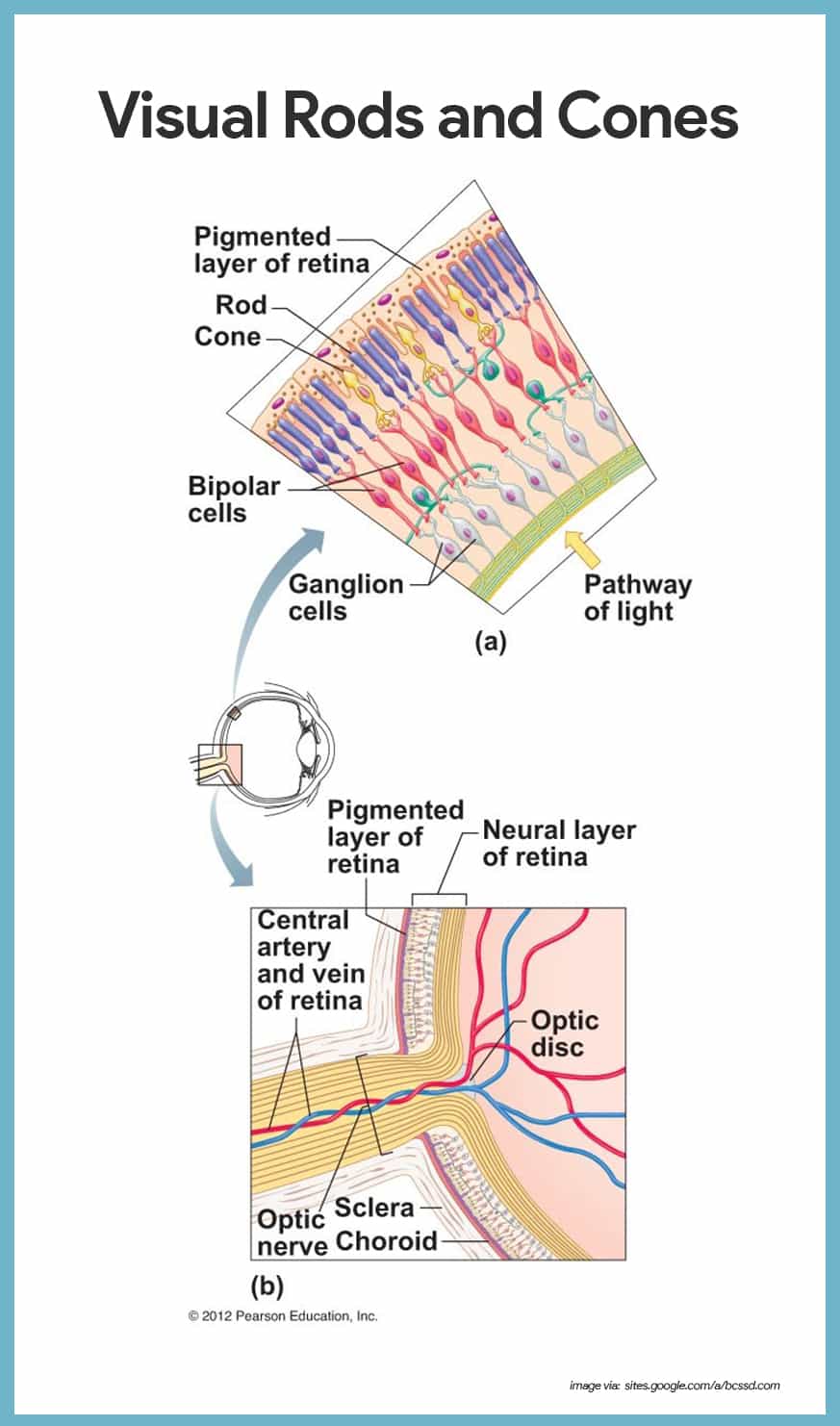 Light entering the eye is focused on the retina by the lens, a flexible biconvex, crystal-like structure.

Both the external and internal eye muscles are necessary for proper eye function.

The Ear: Hearing and Balance

At first glance, the machinery for hearing and balance appears very crude.

Anatomy of the Ear

Anatomically, the ear is divided into three major areas: the external, or outer, ear; the middle ear, and the internal, or inner, ear.

The external, or outer, ear is composed of the auricle and the external acoustic meatus.

The middle ear, or tympanic cavity, is a small, air-filled, mucosa-lined cavity within the temporal bone.

The internal ear is a maze of bony chambers, called the bony, or osseous, labyrinth, located deep within the temporal bone behind the eye socket.

The receptors for taste and olfaction are classified as chemoreceptors because they respond to chemicals in solution.

Olfactory Receptors and the Sense of Smell

Even though our sense of smell is far less acute than that of many other animals, the human nose is still no slouch in picking up small differences in odors. 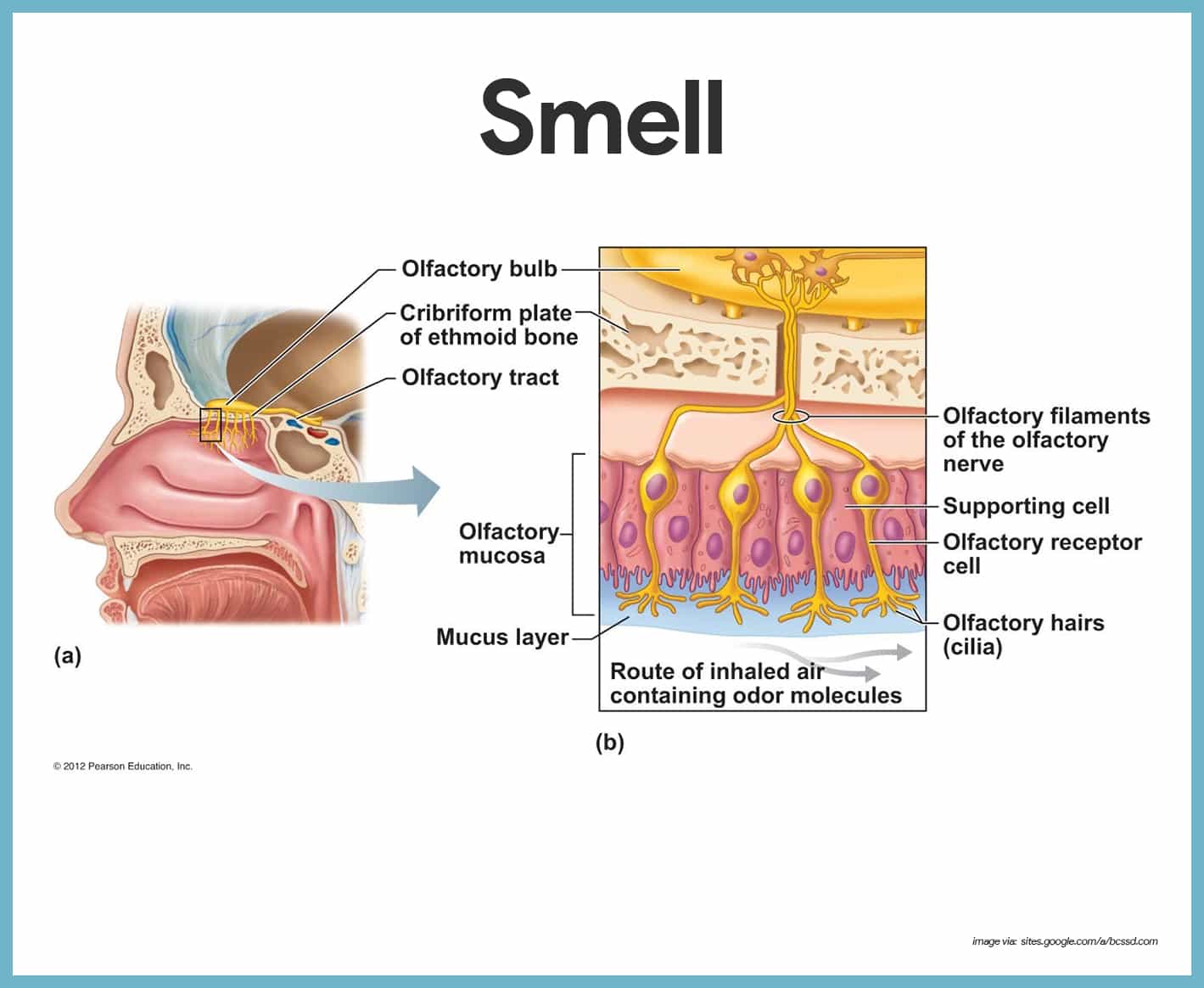 Taste Buds and the Sense of Taste

The word taste comes from the Latin word taxare, which means “to touch, estimate, or judge”.

Physiology of the Special Senses

The processes that makes our special senses work include the following:

Pathway of Light through the Eye and Light Refraction

When light passes from one substance to another substance that has a different density, its speed changes and its rays are bent, or refracted. 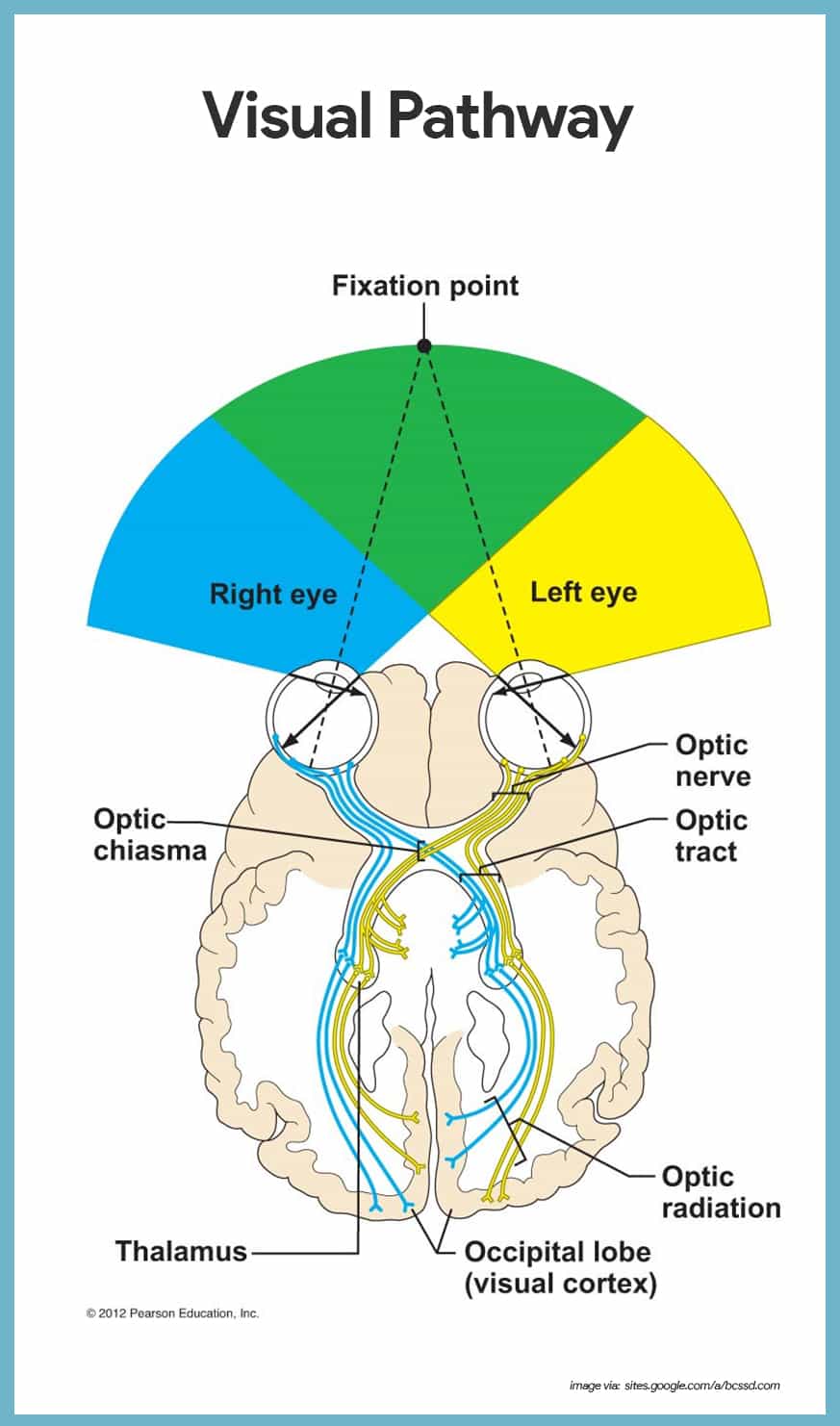 Visual Fields and Visual Pathways to the Brain

Axons carrying impulses from the retina are bundled together at the posterior aspect of the eyeball and issue from the back of the eye as the optic nerve.

The equilibrium receptors of the inner ear, collectively called the vestibular apparatus, can be divided into two functional arms- one arm responsible for monitoring static equilibrium and the other involved with dynamic equilibrium. 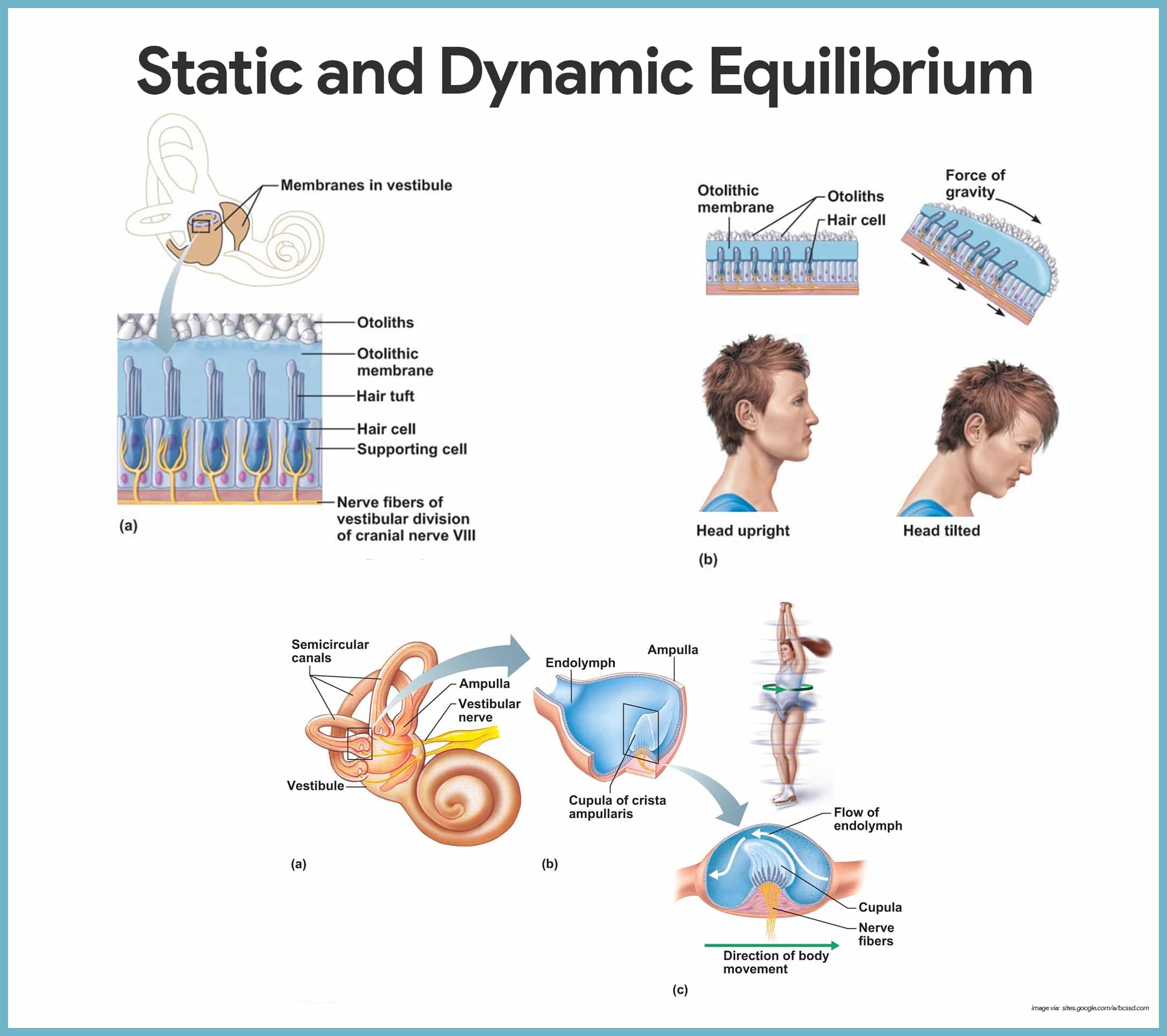 Within the membrane sacs of the vestibule are receptors called maculae that are essential to our sense of static equilibrium.

The dynamic equilibrium receptors, found in the semicircular canals, respond to angular or rotatory movements of the head rather than to straight-line movements.

The following is the route of sound waves through the ear and activation of the cochlear hair cells.

1. These are sensory nerve endings or specialize cells capable of responding to stimuli by developing action potentials.

2. These deeper tactile receptors play an important role in detecting continuous pressure in the skin.

3. Which of the following best describes the neuronal pathway for olfaction?

4. The sensory structures that detect taste stimuli are the:

5. The accessory structures protect, lubricate, and move the eye. They include all of the following EXCEPT:

6. It is the transparent, anterior sixth of the eye that permits light to enter the eye.

7. It is the innermost tunic and it covers the posterior five-sixths of the eye.

A. are very sensitive to light and can function in very dim light, but they do not provide color vision.
B. require much more light, and they do provide color vision.
C. contain a photosensitive pigment called rhodopsin, which is made up of the colorless protein opsin in loose chemical combination with a yellow pigment called retinal.
D. has three types
E. A and C
F. B and D

9. The middle ear contains three auditory ossicles which are the:

10. It is a component that is associated with the vestibule and is involved in evaluating the position of the head relative to gravity.

TwitterFacebookPinterestLinkedInBufferEmailPrintSMSWhatsAppMessenger
ADVERTISEMENTS
Marianne Belleza, R.N.
Marianne is a staff nurse during the day and a Nurseslabs writer at night. She is a registered nurse since 2015 and is currently working in a regional tertiary hospital and is finishing her Master's in Nursing this June. As an outpatient department nurse, she is a seasoned nurse in providing health teachings to her patients making her also an excellent study guide writer for student nurses. Marianne is also a mom of a toddler going through the terrible twos and her free time is spent on reading books!
ADVERTISEMENTS