Learn about the nursing care management of patients with schizophrenia.

Despite it being one of the most common psychiatric disorders, schizophrenia is usually misunderstood. Here is how it is described and defined:

Schizophrenia occurs in all societies without regard to class, color, and culture.

Like many diseases, schizophrenia is linked to various factors. 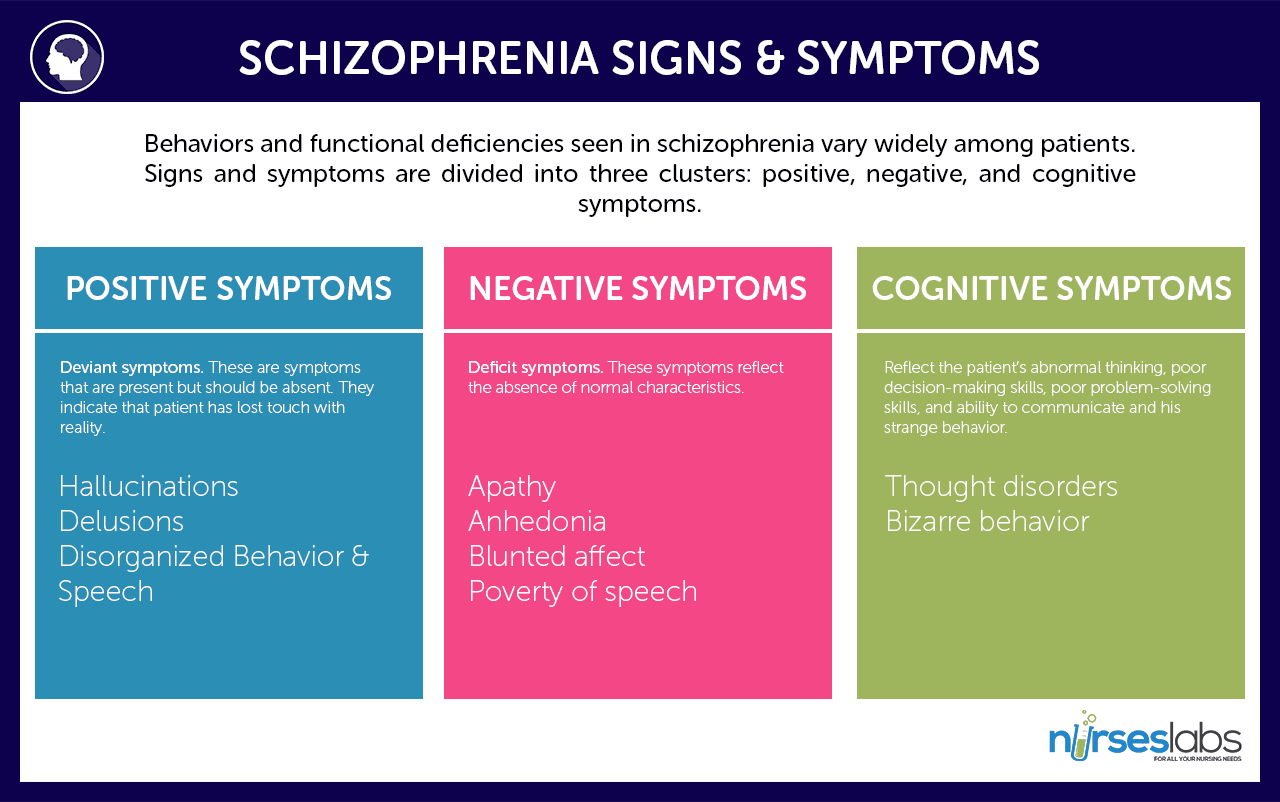 Schizophrenia is classified into five subtypes:

Here’s how schizophrenia is medically managed:

Here are the nursing responsibilities for taking care of patients with schizophrenia:

The following are to be documented in the patient’s chart:

1. The nurse would be correct in associating paranoid symptoms to increase in which neurotransmitter?

2. A newly admitted patient can’t take care of his personal needs, shows insensitivity to painful stimuli, and exhibits negativism. The nurse would classify the patient in which subtype?

3. Which of the following are negative symptoms of schizophrenia?

A. apathy and delusion
B. lack of motivation, blunted affect, and apathy
C. bizarre behavior and delusions
D. asociality, anhedonia, and periodic excitability

4. The statement made by Steve “My co-workers envy me and are out to take me down. I swear they have hidden cameras everywhere I go!” would be documented as:

5. The following are atypical antipsychotics, except:

3. B. lack of motivation, blunted affect, and apathy.

These are false ideas and are accepted by the patient as true. Specifically, this is delusion of persecution.

Help us spread the word!
TwitterFacebookPinterestLinkedInBufferEmailPrintSMSWhatsAppMessenger
ADVERTISEMENTS
Iris Dawn Tabangcora, RN
Iris Dawn is a nurse writer in her 20s who is on the constant lookout for latest stories about Science. Her interests include Research and Medical-Surgical Nursing. She is currently furthering her studies and is seriously considering being a student as her profession. Life is spoiling her with spaghetti, acoustic playlists, libraries, and the beach.