Each year we celebrate a day where we recognize the work and dedication of nurses all around the world. The International Council of Nursing (ICN) celebrates the International Nurses Day on the anniversary of Florence Nightingale‘s birth on May 12. In the United States, the National Nurses Week is celebrated from May 6 to 12 in honor of nurses nationwide and is lead by the American Nurses Association (ANA).

Just how much do we know about Nurses Week? We dug down our history books and found these six intriguing and interesting facts about nurses week you probably didn’t know.

It wasn’t easy for nurses to receive the recognition they deserve. It took several presidents, congressional sponsorships, proclamations, proposal and about 40 years to celebrate the week we’ve come to know today as National Nurses Week.

It all started in 1953 when Dorothy Sutherland from the US Department of Health, Education and Welfare made a proposal to President Eisenhower to proclaim a Nurse Day for the following year. Unfortunately, the proclamation was not made. The following year, in 1954, a National Nurses Week did took place in observance of the 100th anniversary of Nightingale’s Crimean mission. In 1955, a bill was introduced to continue National Nurses Week observances, but it was never acted upon and by the Congress and stopped making any resolutions for national weeks of various kind.

Fast-forward 17 years after, in 1972, a resolution was presented by the House to President Nixon for a National Registered Nurses Day, still nothing happened. In 1974, after the International Council of Nurses (ICN) proclaimed May 12th as International Nurse Day since they’d been celebrating that day for almost a decade, and President Nixon issued a White House proclamation that designated a National Nurse Week, after which New Jersey worked to make the celebration annual, with Governor Brendon Byrne declaring May 6th Nurses Day, and a private citizen named Edward Scanlon worked to promote the celebration on his own listing Nurses Day in Chase’s Calendar of Annual Events.

In 1981, the ANA and other nursing organizations rallied to support another resolution from nurses in New Mexico through their Congressman, Manuel Lujan to have May 6, 1982 established as National Recognition Day for Nurses. In February of the following year, the ANA Board of Directors formally acknowledged May 6, 1982 as National Nurses Day, affirming a joint resolution of Congress that had designated May 6th as National Recognition Day for Nurses.

On March 25th that same year President Reagan signed a proclamation proclaiming May 6, 1982 National Recognition Day for Nurses. In one final step in 1990, ANA’s Board of Directors expanded nurse recognition to a week-long celebration, declaring May 6 to 12, 1991 as National Nurses Week. In 1993 they designated May 6 to 12 as permanent dates for the annual National Nurses Week.

2. Different days of celebration for different nurses (even one for student nurses!) 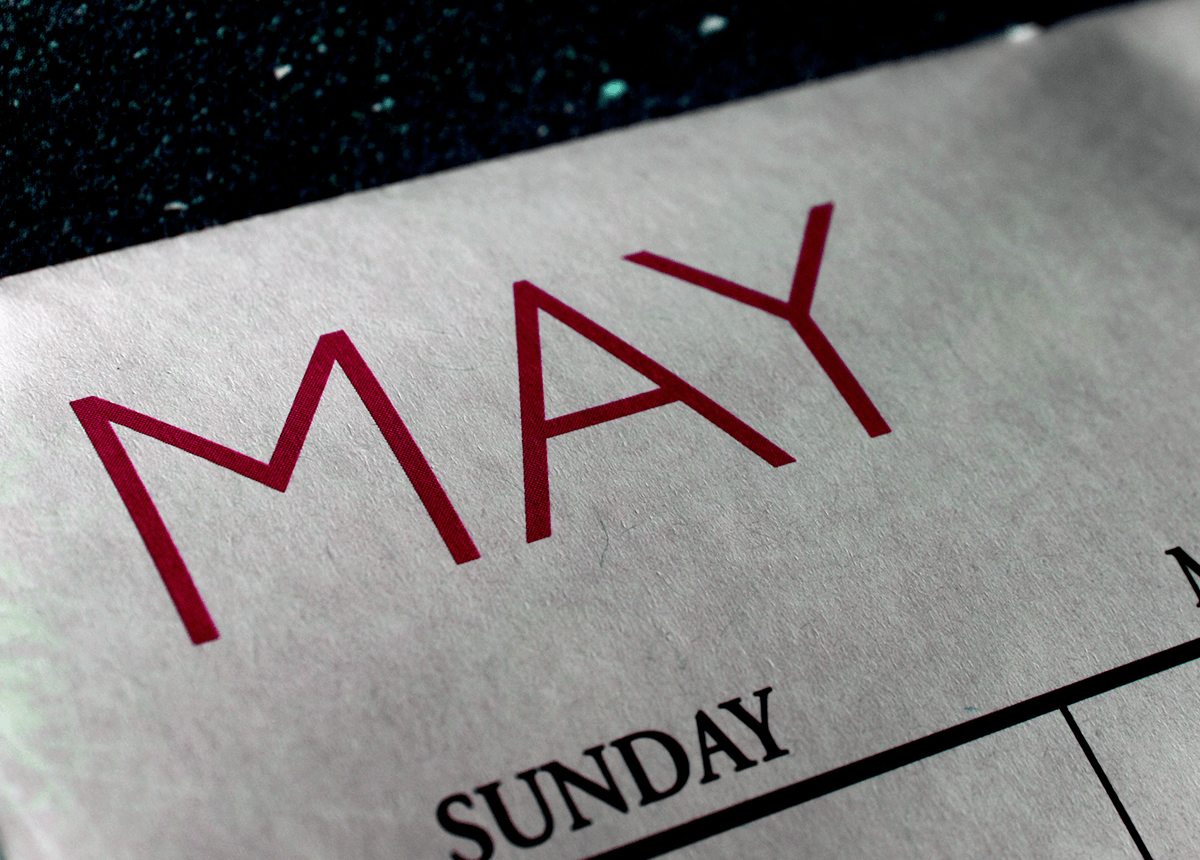 Just as there are many specialized fields in nursing, there are also days in the nurses week that target these unique nursing fields. School nurses are honored on the Wednesday of the official May 6 to 12 National Nurses Week. Additionally, student nurses are recognized on May 8 as requested by the National Student Nurses Association way back in 1998. These dates were designated in 1993 by the ANA to enhance planning and help establish recognition of the annual event. It is also to encourage young people to consider nursing as a career.

In celebration of the International Nurses Day, Filipino nurses form the largest human nurse formation that symbolizes unity of the country’s nurses. For the last two years, the Philippine Nurses Association (PNA) has hosted the event where nurses from the country wear their white uniforms during the formation to show their support. This 2015 is no different as the PNA is inviting nurses to to join their the third annual human nurse formation.

4. The Procession of the Lamp in United Kingdom

In the United Kingdom, Nurses Day is celebrated on May 12th in honor of Nightingale’s birth. And each year, there is a unique observance called the “Procession of the Lamp” at Westminster Abbey in London. During the ceremony, a lamp is taken from the Nurses’ Chapel at the Abbey and is passed along a line of nurses from another. The lamp is a representation of the one used by Nightingale at Scutari (thus the name ‘Lady with the Lamp’). The last person in line places the lamp on the High Altar in the Abbey. The passing of lamp symbolizes the passing of information and knowledge from one nurse to another. The nurses involved are usually scholars of The Florence Nightingale Foundation.

The ceremony also includes announcement of the Nurses’ Roll of Honor – a record of names of British nurses who have died in conflict since the start of World War II.

On May 12 each year, there is a service of remembrance at St. Margaret’s Church in East Wellow, Hampshire where the Nightingale family burial site is located. The church was founded in 1215, the year of the signing of the Magna Carta. Resting in one of the windows was the Scutari Cross, made of bullets from the Crimean War, beside it is a framed text which was hanging in Florence Nightingale’s bedroom when she died. In 1991, the cross was stolen and was replaced with a fiberglass replica.

6. Removing Florence Nightingale from the celebrations 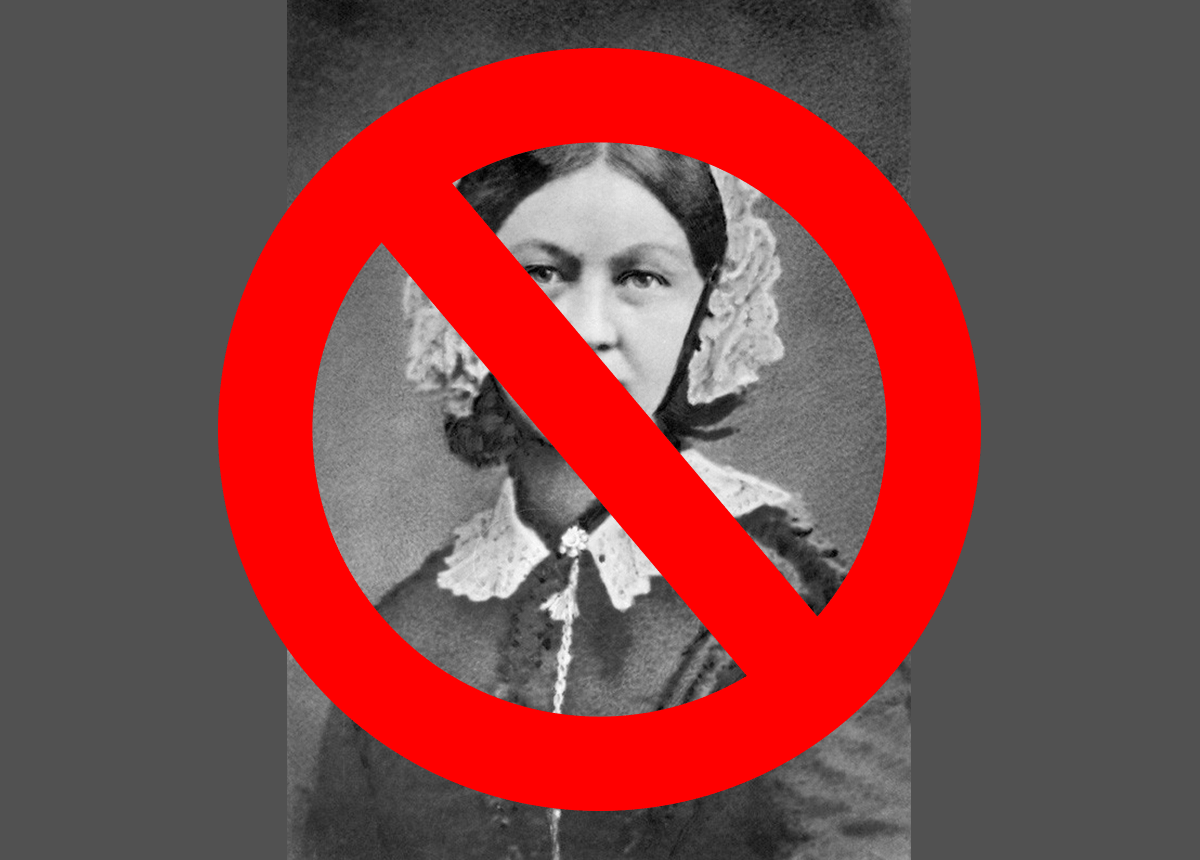 Throughout the recent years, there are several groups in the United Kingdom trying to remove the historical importance of Florence Nightingale in Nurses Day and Nurses Week celebrations. In 1999, delegates at the annual conference of Unison, Britain’s largest trade union representing nurses and other public service workers, unanimously declared that nursing was long overdue for a more contemporary role model.

This sparked when there is an acute shortage of nurses in the UK. While there are many multiple reasons for the shortage, the Unison believe that the legacy of Nightingale is one of them. They feel that she “has held the nursing profession back to long,” and represents “negative and the backward elements of nursing.” Unison nurses even requested that the International Nurses Day celebrated on May 12th, be moved to a different date.

Fortunately, those nursing groups made no success as we are still celebrating Nurses Day and Nurses Week in honor of Florence Nightingale and the nurses of today.

Enjoyed this post? How do you show your appreciation of nurses in your country during Nurses Day? Tell us in the comments below! Happy #NursesWeek!