The almost continuous traffic into and out of a busy factory at rush hour occurs at a snails’ pace compared to the endless activity going on within our bodies. Like the bustling factory, the body must have a transportation system to carry its various cargos back and forth, and this is where the cardiovascular system steps in.

Functions of the Heart

The functions of the heart are as follows:

Anatomy of the Heart

The cardiovascular system can be compared to a muscular pump equipped with one-way valves and a system of large and small plumbing tubes within which the blood travels.

The modest size and weight of the heart give few hints of its incredible strength.

Layers of the Heart

The heart muscle has three layers and they are as follows:

Chambers of the Heart

The heart has four hollow chambers, or cavities: two atria and two ventricles.

The great blood vessels provide a pathway for the entire cardiac circulation to proceed.

The heart is equipped with four valves, which allow blood to flow in only one direction through the heart chambers.

Although the heart chambers are bathed with blood almost continuously, the blood contained in the heart does not nourish the myocardium.

Blood circulates inside the blood vessels, which form a closed transport system, the so-called vascular system.

Except for the microscopic capillaries, the walls of the blood vessels have three coats or tunics.

Major Arteries of the Systemic Circulation

The major branches of the aorta and the organs they serve are listed next in sequence from the heart.

Arterial Branches of the Ascending Aorta

The aorta springs upward from the left ventricle of heart as the ascending aorta.

Arterial Branches of the Aortic Arch

The aorta arches to the left as the aortic arch.

Arterial Branches of the Thoracic Aorta

The aorta plunges downward through the thorax, following the spine as the thoracic aorta.

Arterial Branches of the Abdominal Aorta

Finally, the aorta passes through the diaphragm into the abdominopelvic cavity, where it becomes the abdominal aorta.

Major Veins of the Systemic Circulation

Major veins converge on the venae cavae, which enter the right atrium of the heart.

Physiology of the Heart

As the heart beats or contracts, the blood makes continuous round trips- into and out of the heart, through the rest of the body, and then back to the heart- only to be sent out again.

Intrinsic Conduction System of the Heart

The spontaneous contractions of the cardiac muscle cells occurs in a regular and continuous way, giving rhythm to the heart.

The Pathway of the Conduction System

The conduction system occurs systematically through:

In a healthy heart, the atria contract simultaneously, then, as they start to relax, contraction of the ventricles begin.

Cardiac output is the amount of blood pumped out by each side of the heart in one minute. It is the product of the heart rate and the stroke volume.

A fairly good indication of the efficiency of a person’s circulatory system can be obtained by taking arterial blood and blood pressure measurements.

Arterial pulse pressure and blood pressure measurements, along with those of respiratory rate and body temperature, are referred to collectively as vital signs in clinical settings.

Blood Circulation Through the Heart

The right and left sides of the heart work together in achieving a smooth flowing blood circulation. 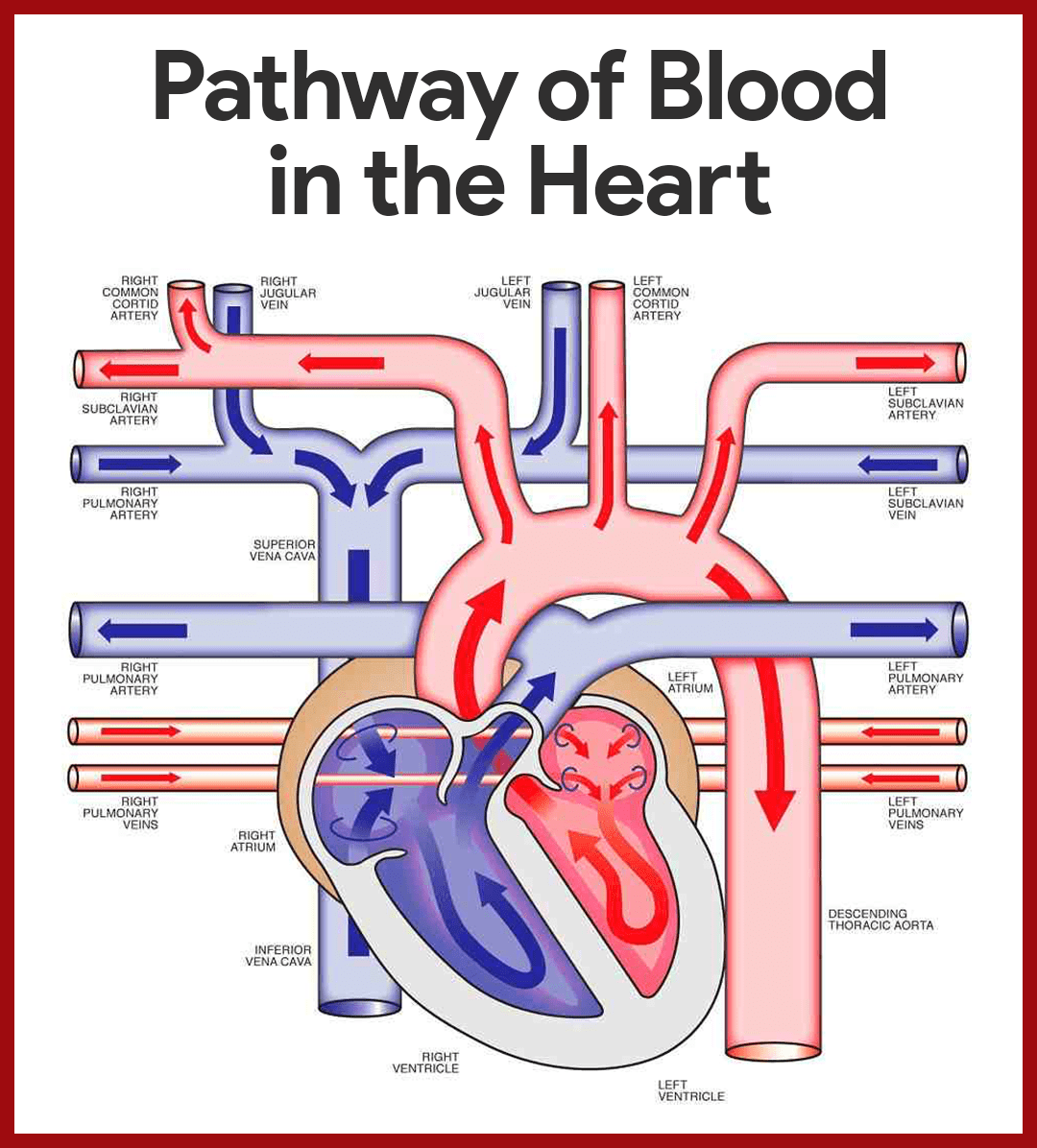 Capillary Exchange of Gases and Nutrients

Substances tend to move to and from the body cells according to their concentration gradients.

1. Specialized cell membrane structures that decrease electrical resistance between the cells allowing action potentials to pass efficiently from one cell to adjacent cells are the:

D: Gap junctions are a specialized intercellular connection between a multitude of animal cell-types. They directly connect the cytoplasm of two cells, which allows various molecules, ions and electrical impulses to directly pass through a regulated gate between cells.
A: Extensive capillary networks allows abundant supply of oxygen and nutrients on tissues such as skeletal muscle, liver, and kidney.
B: Intercalated disks support synchronized contraction of cardiac tissue. They occur at the Z-line of the sarcomere and can be visualized easily when observing a longitudinal section of the tissue.
C: Mitochondrion is an organelle found in large numbers in most cells, in which the biochemical processes of respiration and energy production occur.

2. Complete the diagram so that it will show the correct route of blood in the heart.

3. It is considered as the bluntly rounded portion of the heart

A. Aorta
B. Apex
C. Base
D. Pericardium

B: The blunt, rounded point of the heart is the apex.
A: The aorta is the largest artery that carries blood from the left ventricle to the body.
C: The larger, flat portion at the opposite is the base.
D. The pericardium is also called the pericardial sac. It has a fibrous outer layer and a thin inner layer that surrounds the heart.

4. Which event will NOT occur during depolarization phase?

5. Which of these statements regarding the conduction system of the heart is TRUE?

A. The sinoatrial (SA) node of the heart acts as the pacemaker.
B. The SA node is located on the upper wall of the left atrium.
C. The AV node conducts action potentials rapidly through it.
D. Action potentials are carried slowly through the atrioventricular bundle.

5. Answer: A. The sinoatrial (SA) node of the heart acts as the pacemaker.

6. In a normal electrocardiogram (ECG or EKG),

6. Answer: B. The QRS complex results from depolarization of the ventricles.

7. During the Ventricular Systole, atrioventricular valves open, semilunar valves close. The statement is:

8. This sound is produced during the closure of the semilunar valves.

9. Which of these statements correctly applies to intrinsic regulation of the heart?

9. Answer: A. Starling’s law of the heart has a major influence on cardiac output.