Much like sanitation workers who keep a city’s water supply drinkable and dispose of its waste, the kidneys are usually unappreciated until there is a malfunction and “internal garbage” piles up.

Functions of the Urinary System

The function of the kidneys are as follows:

Anatomy of the Urinary System

The urinary system consists of two kidneys, two ureters, a urinary bladder, and a urethra. The kidneys alone perform the functions just described and manufacture urine in the process, while the other organs of the urinary system provide temporary storage reservoirs for urine or serve as transportation channels to carry it from one body region to another. 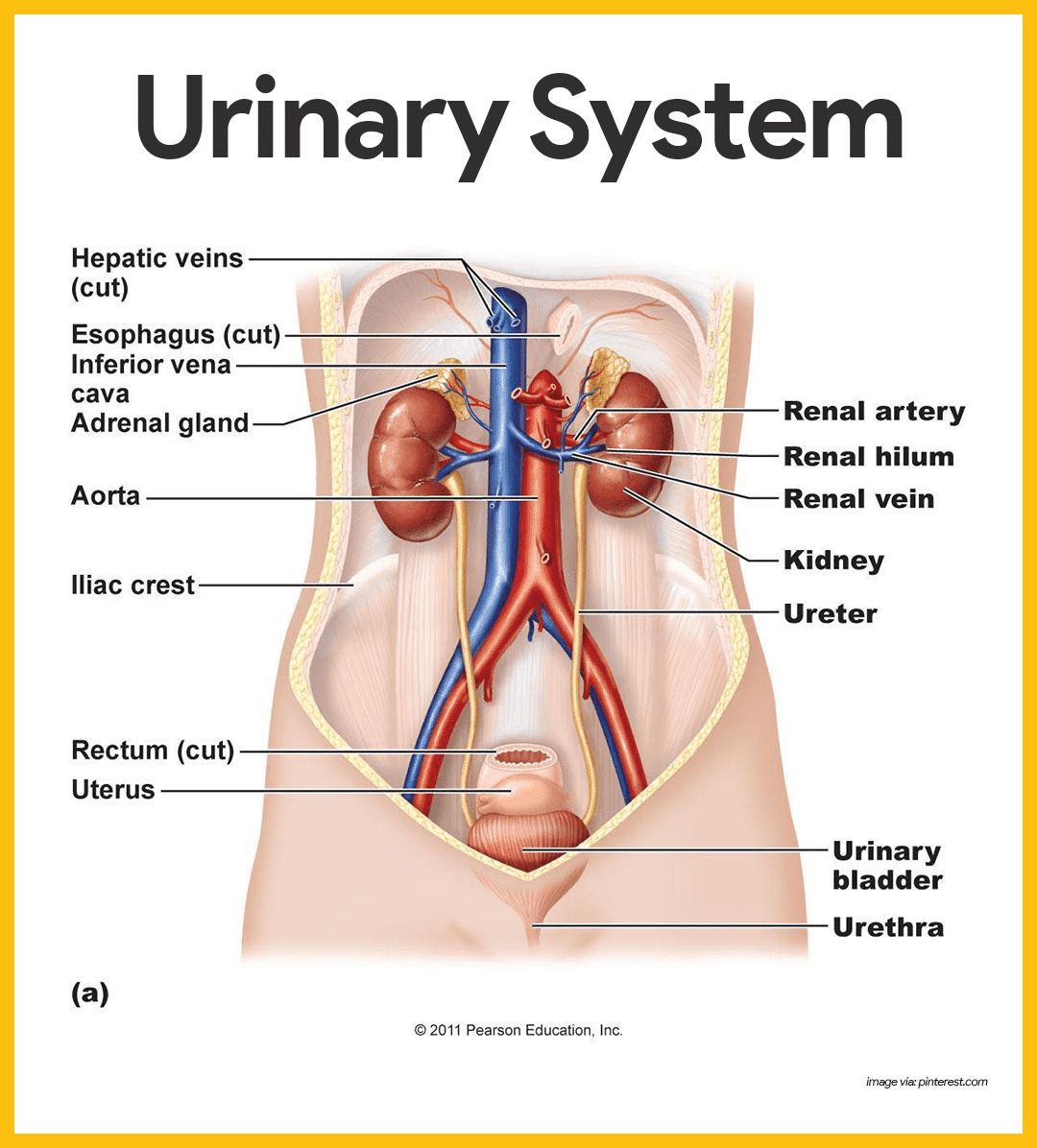 The kidneys, which maintain the purity and constancy of our internal fluids, are perfect examples of homeostatic organs.

Nephrons are the structural and functional units of the kidneys.

The ureters do play an active role in urine transport.

The urinary bladder is a smooth, collapsible, muscular sac that stores urine temporarily.

The urethra is a thin-walled tube that carries urine by peristalsis from the bladder to the outside of the body.

Physiology of the Urinary System

Every day, the kidneys filter gallons of fluid from the bloodstream. The normal physiology that takes place in the urinary system are as follows:

Urine formation is a result of three processes:

In 24 hours, the marvelously complex kidneys filter some 150 to 180 liters of blood plasma through their glomeruli into the tubules.

Micturition or voiding is the act of emptying the bladder.

1. The following are considered functions of the Urinary System EXCEPT: (Select all that apply).

2. What organs compose the Urinary System?

3. The connective tissue that surrounds the kidneys is the:

4. It is the hormone made by the kidneys, needed for absorption of calcium phosphate, the active form of vitamin D.

5. The functional units of the kidneys are:

6. Which of the following statements is/are TRUE? Select all that apply.

6. Answer: C. In secretion, solutes are secreted across the wall of the nephron into the filtrate.

7. The ascending limb of the loop of Henle functions to:

A. dilute the filtrate by removing solutes.
B. remove water and additional solutes.
C. help regulate aldosterone secretion.
D. increase the rate of active transport of Na+ in the distal tubules and collecting ducts.

7. Answer: A. dilute the filtrate by removing solutes.

8. Approximately _____ L of filtrate enters the nephrons each day; of that volume _____% is reabsorbed in the proximal tubule.

9. Antidiuretic hormone (ADH), secreted by the posterior pituitary gland, passes through the circulatory system to the kidneys. ADH regulates the amount of water reabsorbed by the distal tubules and collecting ducts. When ADH levels increase, the permeability of the distal tubules and collecting ducts to water decreases, and less water is reabsorbed from the filtrate. This statement is:

10. (1) Renin is an enzyme that acts on a protein produced by the liver called (2) angiotensinogen. Amino acids are removed from, leaving (3) angiotensin I. Angiotensin I is rapidly converted to a smaller peptide called (4) angiotensin II by (5) angiotensin-converting enzyme (ACE). Angiotensin II acts on the (6) adrenal cortex, causing it to secrete aldosterone. (Correct this statement)

10. Answer: A. The statement is correct