“Police say a patient nearly tore off a nurse’s ear and attempted to gouge out her eye at Pembroke Hospital over the weekend.”
– Patriot Ledger. March 7, 2016 (USA)

These are just a few of the news headlines about violence against nurses from across the world, and the incidence seems to be increasing. It occurs most commonly in Emergency Departments and at long-term care facilities, and with patients who are mentally unstable or under the influence of alcohol or drugs.

The National Institute for Occupational Safety and Health (NIOSH) defines workplace violence as any physical assault, threatening behavior or verbal abuse occurring in the workplace. Violence includes open as well as hidden aggression and ranges from verbal abuse to homicide.

The American Nurses Association is taking a firm stance on violence against nurses and, in July 2015, issued a policy statement Incivility, Bullying, and Workplace Violence. In it, the ANA advocates the development of evidence-based strategies to prevent and take action to lessen the effects of incivility, bullying, and workplace violence to promote the health, safety, and wellness of registered nurses and other health care workers.

The British Columbia Nurses Union in Canada has launched a hotline for nurses assaulted on the job. According to the President of the Union, nurses have a higher rate of work-related assault than police officers. The Emergency Nurses Association recognizes violence against nurses as a serious occupational risk which requires action by employers, law enforcement, and the community.

The Emergency Nurses Association recognizes violence against nurses as a serious occupational risk which requires action by employers, law enforcement, and the community.

With increasing workplace violence, what can need to know and what they can do during these situations?

1. Never accept violence as part of the job

Studies have shown that many incidents of violence against nurses are not reported. One of the reasons might be that nurses accept violent behavior as part of the patient’s problem “He couldn’t help it,” “She was drunk”. Another reason might be a real or imagined belief of indifference on the part of management or fear of being dismissed if they speak up.

When a nurse is injured in an assault, the incident should be managed as for any other work-related injury as required under laws dealing with health and safety in the workplace. It should be reported and investigated, and the nurse must be provided with the necessary treatment, including trauma counseling if required.

2. Take action after an assault

If you have been assaulted, remove yourself to a safe area and ask a co-worker to stand in for you. Call for security back-up or police assistance as necessary. Report the assault to your supervisor as well as to your union. This can initially be done verbally, but you should follow up with written reports. Exercise your civil right of reporting the incident to the police.

Ask your supervisor to arrange for medical attention according to institutional policy for injuries on duty. Also, ask for trauma counseling to prevent Post Traumatic Stress Disorder.

There are several reports of nurses suffering post-traumatic stress syndrome after an attack and being unable to return to work. One nurse with over 30 years of experience in ER had suffered many attacks, but after having been strangled with her stethoscope, she felt that to keep herself safe, her only choice was to end her career. She stated that there had been no support from co-workers and management. The incident was taken lightly, and no one cared when she resigned.

Another nurse, after having been attacked by a patient said “I don’t think I can go back there. I have nightmares. I have anxiety when people get too close behind me.”

Keep personal copies of all your reports, photographs of your injuries, as well as a diary of all related events (who, what, when, where, how) before, during and after the incident.

Return to work only once you feel safe and confident.

3. Support co-workers who have been assaulted

A violent assault has a severe impact on the victim which is often not acknowledged or understood. It leaves the person shaken, confused, fearful and with a loss of self-confidence. It would be of great help to this person to have someone in their corner to guide and assist in reporting to management, writing up incident and police reports, and even accompanying her to the doctor and the court.

Nurses could advocate for implementation of such a peer-based support system which has been used very successfully in helping the person feel safe, valued and respected.

All organizations should have an adequate policy and other measures in place to deal with acts of violence. Unfortunately, based solely on statistics of incidences rather than the real and hidden costs, many organizations do not view this as a priority.

Nurses within an organization can advocate for improved policy. This policy would include preventive measures such as reporting of incidents and follow-up investigation which could point to possible causes (e.g. understaffing) and ways in which similar incidents can be avoided. Other techniques include training of staff in techniques for de-escalation of violence; as well as flagging of patient records where there is a potential for or a history of violence. The policy should further highlight how incidents of violence should be managed, including the support which must be given to the staff member involved. Human resources departments should be responsible for ensuring that the policies as carried out.

Assistance in dealing with the employer can be obtained from the Nurses Union or Association and the ideal timing for advocacy would be when a recent incident is still grabbing attention. 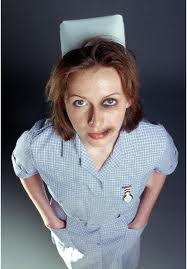 Because of the wide-spread concern about increasing violence against nurses, nursing organizations across the world are seeing this as a priority issue and lobbying for stricter laws and penalties for incidents where nurses are assaulted. Every nurse should support this action within their own area of influence.

Help us spread the word!
TwitterFacebookPinterestLinkedInBufferEmailPrintSMSWhatsAppMessenger
Frieda Paton, M.Cur, RN
Frieda Paton is a registered nurse with a Master’s degree in nursing education. Her passion for nursing education, nursing issues and advocacy for the profession were ignited while she worked as an education officer, and later editor, at a national nurses’ association. This passion, together with interest in health and wellness education since her student days, stayed with her throughout her further career as a nurse educator and occupational health nurse. Having reached retirement age, she continues to contribute to the profession as a full-time freelance writer. In the news and feature articles she writes for Nurseslabs, she hopes to inspire nursing students and nurses on the job to reflect on the trends and issues that affect their profession and communities - and play their part in advocacy wherever they find themselves.
ADVERTISEMENTS