Gossip, no matter which side we look at it from, is a part of human nature. In fact, it’s one of the ways our ancestors thrived during their time. Sharing information and news about other groups and tribes increased their survival rate by enabling them to stay ahead with their resources and possessions.

In nursing, however, gossiping and spreading rumors go beyond being unacceptable. It is a breach of your oath that can end up with serious legal implications. To stop this negative behavior from spreading in your area, here are three things you can do to address gossiping.

People who gossip feel compelled to continue with their actions if they sense that the person they are talking to are interested in what they have to say. From one topic, it can go on to another story or another person. The more you listen means the more you encourage the gossip to go on.

To cut the story short, you can try changing the subject. Although your subject can be about anything under the sun, it’s wise if you can avoid topics that can lead to another gossip. While celebrities seem to the most frequent gossip subjects, your co-workers, competitors and those who live closely to you can also be targets.

“I have this co-worker whose habit of gossiping is well-known throughout the hospital. Whenever I see her approaching, I start to think of a dozen of possible topics I can divert her thoughts to. Good thing it always works,” an OPD nurse shared.

If changing the subject don’t work, you can express disinterest by walking away. Avoiding situations where you’ll be forced to listen can also help. If you see your co-workers bundled in a group on one area of the station and whispering to each other, pretend you need to do something else and excuse yourself. This action sends an indirect message to your coworkers that you’re not interested in hearing their stories. 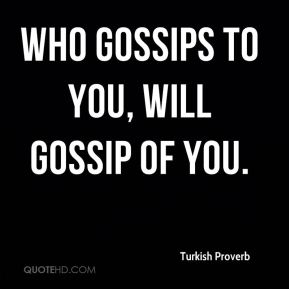 One downside, however, in refusing to get involved with such negative behavior is your tendency to become the next subject of gossiping. If you’re noticing any change in the way your co-workers interact with you, approach them nicely and confront the behavior. In case it gets unresolved, you can bring your concern to the nurse manager or the HR department. Don’t spread rumors you hear.

As tempting as it feels, you should stop yourself from passing on any gossip you hear. Even though you work hard to avoid gossiping, there will be times that you’ll encounter it first hand. It can be your co-nurses talking about your nurse manager’s personal relationship or the CNAs gossiping about their patients.

These things aren’t impossible to happen because you work with them in a common unit. This, however, doesn’t mean you have to react the same way. Aside from that it’s pointless, it can also put your job on the line. You can just imagine getting caught red handed over a gossip you just happen to overhear. It’s totally not worth your credibility.

Gossips, in general, aren’t limited to the four walls of the hospital. In fact, there are nurses and doctors who gossip over social media, too. Most of the time, unfortunately, these gossips involve not only their co-workers but their patients’ medical conditions as well. Sharing these gossip posts or even liking them in your own social media account makes you as accountable for the breach of confidentiality as the people who originally posted them.

Do you experience gossiping in your area? How do you respond to it?