Sudden infant death syndrome (SIDS) are deaths in infants younger than 12 months of age that occur suddenly, unexpectedly, and without obvious cause.

What is Sudden Infant Death Syndrome?

Sudden infant death syndrome (SIDS) has caused much grief and anxiety among families for centuries.

Although multiple hypotheses have been proposed as the pathophysiologic mechanisms responsible for SIDS, none have been proven.

One of the leading causes of infant mortality worldwide, SIDS claims an estimated 2,500 lives annually in the United States alone. 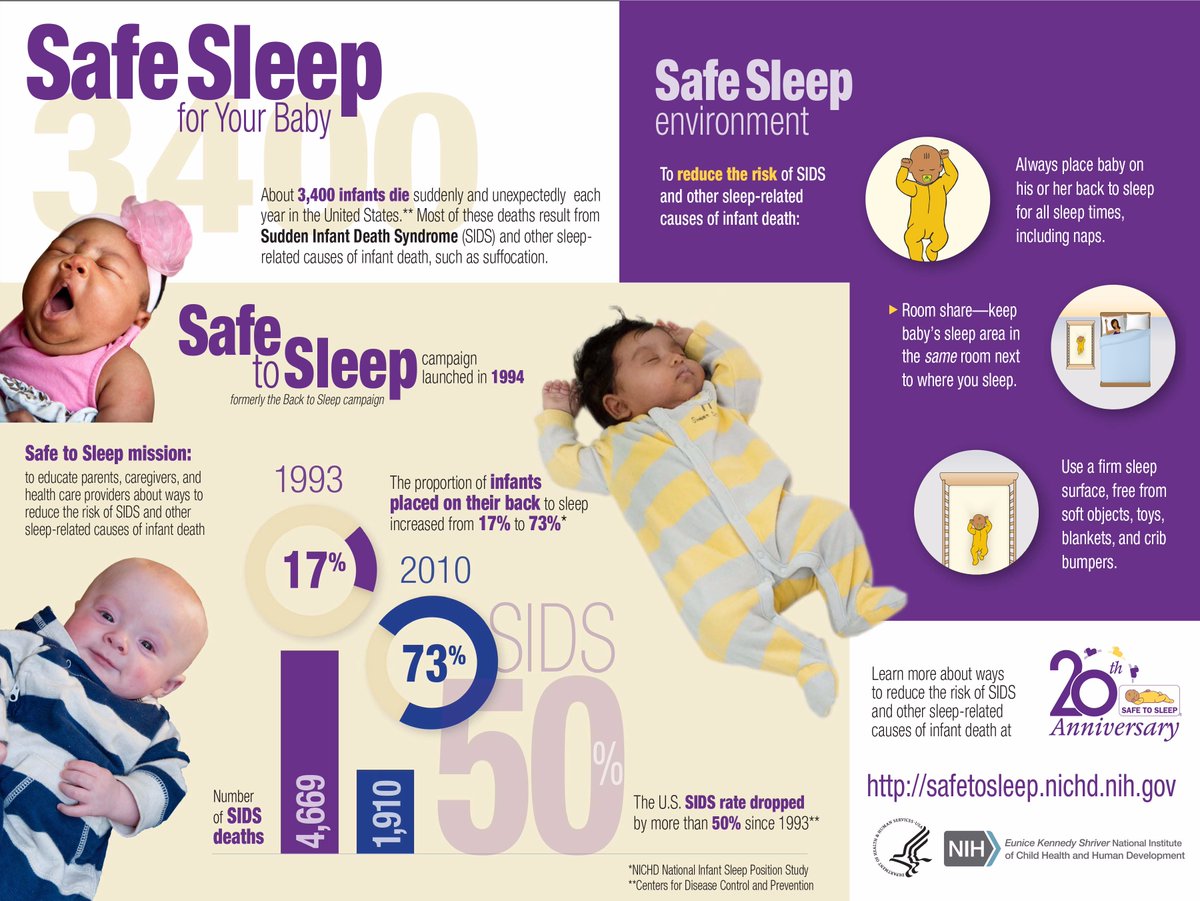 Varying theories have been suggested about the cause of SIDS; over the years, much research has been done, but no single cause has been identified. Several authors classify risk factors into groups such as the following:

The classic presentation of sudden infant death syndrome (SIDS) begins with an infant who is put to bed, typically after breastfeeding or bottle-feeding. The observations most commonly reported with Brief Resolved Unexplained Events (BRUEs: formerly Apparent Life-Threatening Events) are as follows:

The following measures are done for an infant who experiences SIDS or almost falls victim to it:

The effects of SIDS on caregivers and families are devastating.

Assessment of a child before an incidence of SIDS include:

Based on the assessment data, the major nursing diagnoses for a child with SIDS are:

The major nursing care planning goals for the family are:

Grief is coupled with guilt, even though SIDS cannot be predicted; disbelief, hostility, and anger are common reactions.

Goals are met as evidenced by:

Documentation in a child with SIDS include:

1. Which of the following infants is least probable to develop sudden infant death syndrome (SIDS)?

A. Baby Angela who was premature.
B. A sibling of Baby Angie who died of SIDS.
C. Baby Gabriel with prenatal drug exposure.
D. Baby Gabby who sleeps on his back.

1. Answer: D. Baby Gabby who sleeps on his back.

2. Which of the following actions is NOT appropriate in the care of a 2-month-old infant?

A. Place the infant on her back for naps and bedtime.
B. Allow the infant to cry for 5 minutes before responding if she wakes during the night as she may fall back asleep.
C. Talk to the infant frequently and make eye contact to encourage language development.
D. Wait until at least 4 months to add infant cereals and strained fruits to the diet.

2. Answer: B. Allow the infant to cry for 5 minutes before responding if she wakes during the night as she may fall back asleep.

3. The nurse teaches the mother of a newborn that in order to prevent sudden infant death syndrome (SIDS) the best position to place the baby after nursing is (select all that apply):

4. Sudden infant death syndrome (SIDS) is one of the most common causes of death in infants. At what age is the diagnosis of SIDS most likely?

5. During a community visit, volunteer nurses teach stress management to the participants. The nurses will most likely advocate which belief as a method of coping with stressful life events?

A. Avoidance of stress is an important goal for living.
B. Control over one’s response to stress is possible.
C. Most people have no control over their level of stress.
D. Significant others are important to provide care and concern.

5. Answer: B. Control over one’s response to stress is possible.